Angampora is one of the oldest fighting arts in the world practised in Sri Lanka. It receives its name from the angam arts which involve hand-to-hand combat forms; and the ilangam arts which incorporate traditional weaponry such as the Urumi (ethunu kaduwa),swords, battle axes, staves, daggers and maces.

According to legend this martial art form originated almost 30,000 years ago from the Yaksha tribe; one of the ancient tribes that inhabited the island.

However, the two ancient scripts, Varga Purnikawa and Pancha Rakkhawaliya, mention that it originated even earlier from the efforts of nine hermits. The legends also say that the most famous expert of this art was Rana Ravana, a mythical warrior said to have lived 5,000 years ago.

Another story speaks of a heroine named Menike or Disapathiniya who lived in the medieval era and dressed as a male to get revenge on her father’s murder. She defeated the murderer using Angampora techniques in a deep pit known as an ura linda or ‘pig’s pit’.  Her success led to an increase in the fame surrounding the martial art; and which in turn led to its survival.

Either way, it indeed fact that it was used in wars for almost two millennia as confirmed by historic evidence presented in carvings from various ancient temples such as the Embekke Devalaya, The temple of the Tooth, etc; and many historic scripts.

According to the scripts this martial art form was used by fighters in the army of King Bhuvanekavahu VI when he conquered the Jaffna Kingdom; and those in the army of Mayadunne of Sitawaka during the 1562 battle of Mulleriyawa.

During its peak Angampora was practiced by two major schools, the Maruwalliya and Sudhaliya, who routinely fought each other in the presence of the king. The fighters practiced in huts known as angam madu; which were built according to the concepts of Gebim Shasthraya, the traditional philosophical system of architecture

However, the art later went through a decline; almost disappearing during the colonial era. The main reason for this was that Angampora was highly feared by the British during their invasion. They took extreme measures against this martial art; prohibiting the art form, burning all the practice huts that they found, and shooting the kneecaps of the existing practitioners to maim them.

Despite their efforts, Angampora survived and resurfaced after the end of the British rule in 1948. The Jathika Hela Angam Shilpa Kala Sangamaya, the highest governing body of the art today, was established in 2001. Angampora continues to flourish today in modern times.

The combat techniques of Angampora include locks and grips, strikes and blocks, and most especially pressure point attacks that can cause pain or even permanent paralysis. There are also self-defense techniques, sport, exercise and meditation techniques which can be learned. It is believed that there was also a some secretive Angampora techniques known as ‘maya angam’ that used incantations and spells for attack.

A practice session in Angampora begins with meditation and offering of merit to the master.

The student then lights three lamps before he entered the training hut.

Pledges have to be made promising to use the technique solely for purposes of self-defense and the defense of family or country.

Foot movement techniques are the cornerstone of Angampora; and a foot exercise named ‘mulla panina’ is the first skill taught. This exercise is followed by more advanced techniques.

Weaponless combat known as amaraya is taught next and the student learns to observe and attack the weak points of an opponent.

The subsequent area of training is in weaponed combat. In total, there are sixty-four types of weapons; including thirty-two sword variants and several traditional weapons.

Some of the deadly, higher-level Angam attacks that trainees learn involve the nervous system; while others if executed properly, can halt the blood flow to vital organs leading to paralysis or even death.

Alongside such techniques students also learn an indigenous medical practice known as beheth pārawal (medical shots) which reverses the effects of such strikes. 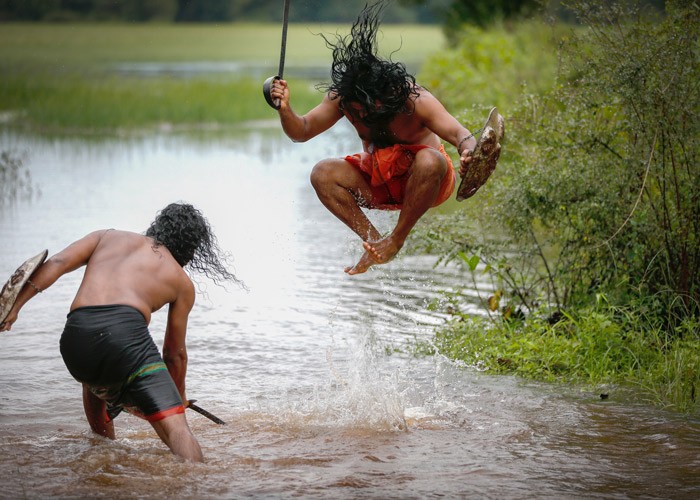 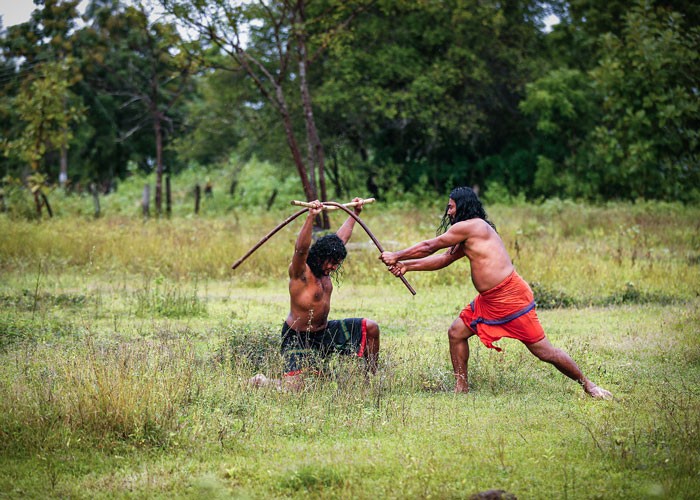 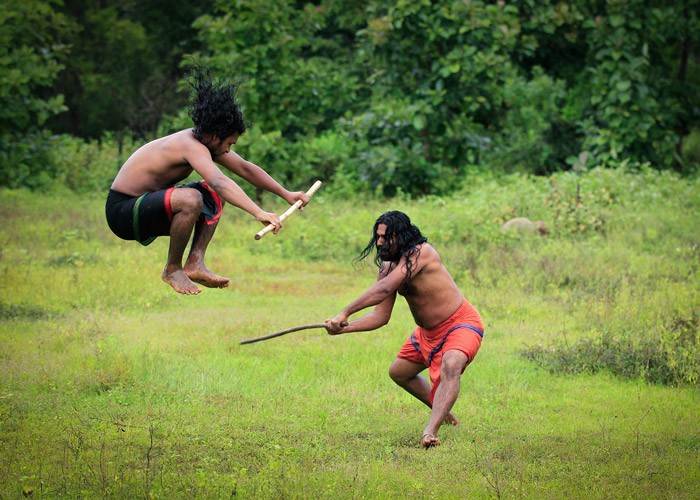 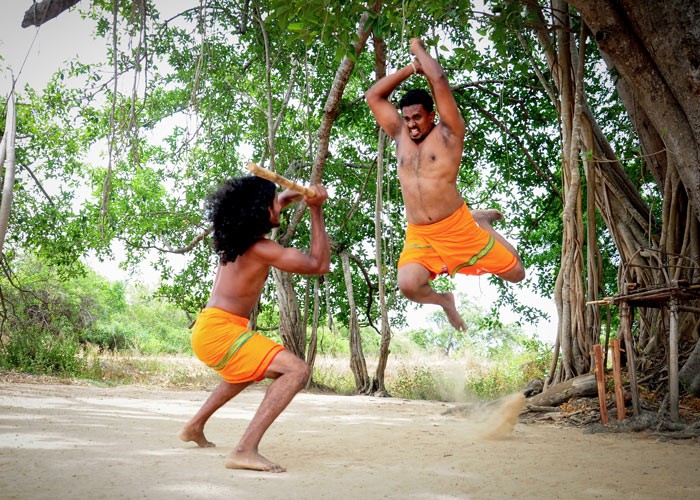