Buddhist weddings are influenced by the Hindu culture which gives prominence to Nekath, the auspicious time. The Nekath is derived from the horoscopes of the bride and the groom which is based on their dates and times of birth.

Poruwa is an elevated and beautifully decorated platform on which the traditional Buddhist marriage ceremony takes place. When arranged on a grand scale, the groom is escorted to the wedding location by drummers and typical Kandyan dancers in procession. The bridegroom and party assemble on the left of the Poruwa and the bridal party on the right. The bride and groom enter the Poruwa leading with the right foot. They greet each other with palms held together in the traditional manner.The ceremony starts when the couple offers seven betel leaf bundles to the Gods thereby requesting the Gods to protect the lives of seven generations originating from their marriage. The bride’s father places the right hand of the bride on that of the groom as a symbolic gesture of handing over the bride to the bridegroom. 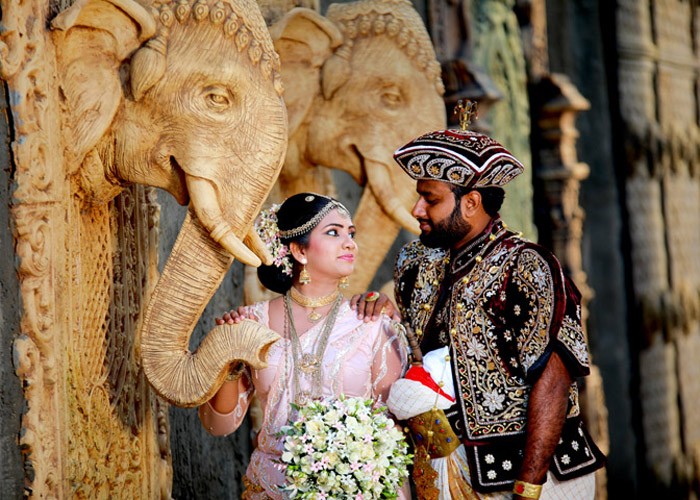 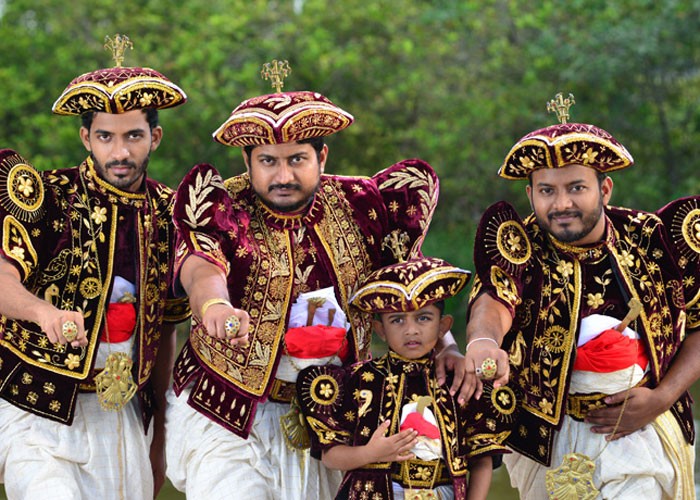 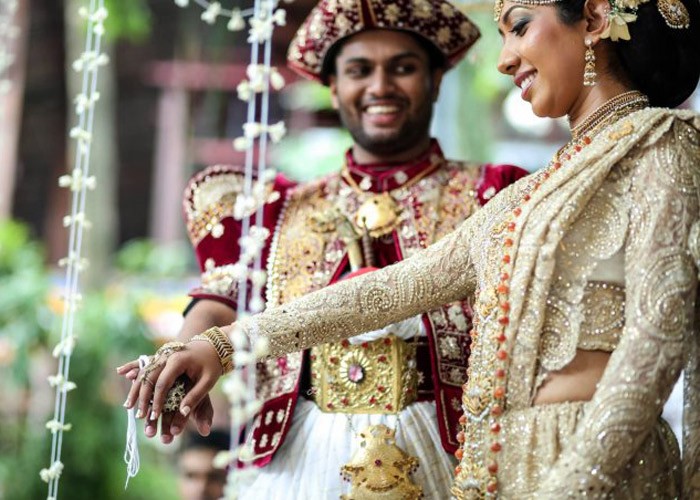 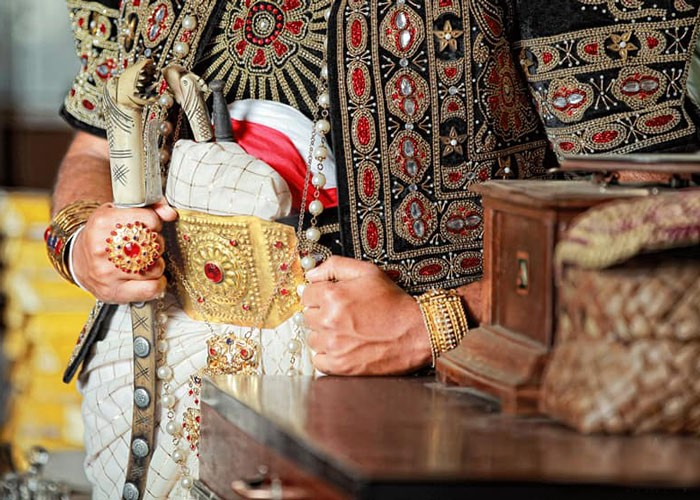